Страница 4 - grave breach of official decorum" in his derogatory references to the defendants,3 nevertheless concluded that justice had been done. As events moved towards a climax, the case assumed international proportions, engaging the passions of men and women around the globe. Anatole France, in one of his last public utterances, pleaded with America to save Sacco and Vanzetti: "Save them for your honor, for the honor of your children and for the generations yet unborn."4 In vain.
Појављује се у 18 књиге(а) од 1930-2005

Paul Avrich is Distinguished Professor of History at Queens College and the Graduate School, the City University of New York. His books include Anarchist Portraits and The Haymarket Tragedy, published by Princeton University Press. 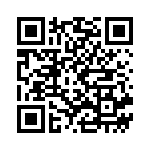