Страница 182 - Convention, genocide means any of the following acts committed with intent to destroy, in whole or in part, a national, ethnical, racial or religious group, as such: (a) Killing members of the group; (b) Causing serious bodily or mental harm to members of the group; (c) Deliberately inflicting on the group conditions of life calculated to bring about its physical destruction in whole or in part...
Појављује се у 667 књиге(а) од 1907-2008
Страница 130 - That which is past is gone and irrevocable, and wise men have enough to do with things present and to come; therefore they do but trifle with themselves that labour in past matters.
Појављује се у 187 књиге(а) од 1812-2008
Више
Страница 94 - To adopt the objective attitude to another human being is to see him, perhaps, as an object of social policy; as a subject for what, in a wide range of sense, might be called treatment ; as something certainly to be taken account, perhaps precautionary account, of; to be managed or handled or cured or trained; perhaps simply to be avoided, though this gerundive is not peculiar to cases of objectivity of attitude.
Појављује се у 41 књиге(а) од 1904-2008
Страница 73 - Coming to terms with the past" does not imply a serious working through of the past, the breaking of its spell through an act of clear consciousness. It suggests, rather, wishing to turn the page and, if possible, wiping it from memory.
Појављује се у 18 књиге(а) од 1980-2008
Страница 100 - To destroy a man is difficult, almost as difficult as to create one: it has not been easy, nor quick, but you Germans have succeeded. Here we are, docile under your gaze; from our side you have nothing more to fear; no acts of violence, no words of defiance, not even a look of judgement.
Појављује се у 27 књиге(а) од 1959-2008
Страница 23 - In order to advance such reconciliation and reconstruction, amnesty shall be granted in respect of acts, omissions and offences associated with political objectives and committed in the course of the conflicts of the past.
Појављује се у 70 књиге(а) од 1993-2008
Страница 180 - crime against humanity" means any of the following acts when committed as part of a widespread or systematic attack directed against any civilian population...
Појављује се у 195 књиге(а) од 1946-2008
Страница 121 - ... our identity is partly shaped by recognition or its absence, often by the misrecognition of others, and so a person or group of people can suffer real damage, real distortion, if the people or society around them mirror back to them a confining or demeaning or contemptible picture of themselves. Nonrecognition or misrecognition can inflict harm, can be a form of oppression, imprisoning someone in a false, distorted, and reduced mode of being.
Појављује се у 127 књиге(а) од 1928-2008
Мање

Thomas Brudholm is Research Fellow at the Danish Institute for International Studies. 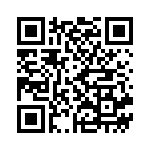