John S. Koliopoulos is Professor of Modern Greek History at the University of Thessaloniki. He has written widely on nineteenth and twentieth-century Greece, including Brigands with a Cause: Brigandage and Irredentism in Modern Greece, 1881-1912 (1987) and Plundered Loyalties (1999).

Thanos M. Veremis is Professor of Political History at the University of Athens, and is President of the Greek National Council for Education. His previous publications include Greece's Balkan Entanglement (1994), The Military in Greek Politics (1997), and Action without Foresight: Western Intervention in Yugoslavia (2002).

The authors have collaborated on Greece: A Modern Sequel (2002), a thematic overview of scholarly debates concerning the history of modern Greece. 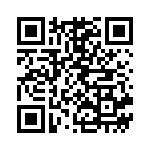