Born in Tehran, Seyyed Hossein Nasr, the son of an educator, received a Ph.D. from Harvard University in 1958, after which he returned to Iran to teach and eventually to become a university chancellor. He was compelled to leave his native country after the revolution of 1979 and since then has taught in universities in the United States. Deeply influenced by the mystical Sufi tradition, Nasr is less concerned with reconciling the faith with modernism and is more concerned with presenting a traditionalist, though mystical, interpretation of religion that offers a way out of the contradictions of modernity. Through authentic spiritual experience, Nasr holds, one can penetrate the superficiality of modern scientific and other knowledge to find eternal truth. He is associated with the neotraditionalist school of philosophy. Undoubtedly, Nasr has had more general influence in the Western philosophical world than any other contemporary philosopher in the Islamic tradition. 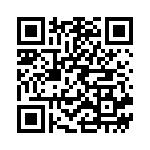