Antony Flew is emeritus professor of philosophy at the University of Reading, England. He has also served as visiting professor in institutions in North America, Africa, and Australia. He has published much on many different philosophical questions, of interest to both academic philosophers and a wider public. 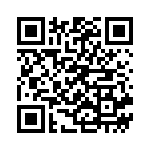