NARDI REEDER CAMPION is the author of Over the Hill, You Pick Up Speed: Reflections on Aging (For Anyone Who Happens To) (UPNE, 2006) and of seven other books, including Bringing Up the Brass by Sergeant Marty Maher (the basis for the John Ford movie The Long Gray Line) and Mother Ann Lee, Morning Star of the Shakers (reissued by UPNE, 1990). She has written articles for the New York Times (including ten op-ed pieces), the Boston Globe, Reader's Digest, the Chicago Tribune, The New Yorker, Yankee, and other publications. Her column, "Everyday Matters," has appeared in the Valley News (NH) for twenty-five years. 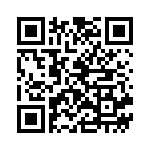