Danny Kaplan is a research fellow at the Horowitz Institute on Society and Economy at Tel Aviv University and teaches at Bar Ilan University and Tel Aviv-Yafo Academic College. He specializes in the anthropology of friendship, military masculinity, sexuality, and the sociology of emotions. He is the author of Brothers and Others in Arms: The Making of Love and War in Israeli Combat Units (Haworth Press 2003). 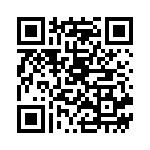