About the Author Joseph F. Keithley served as a scientist at the U.S. Naval Ordnance Laboratory in Washington, D.C., during World War II. He worked on underwater mine firing devices and achieved the Navy's Distinguished Civilian Service Award for his work. In 1946, he founded Keithley Instruments, Inc., in Cleveland,Ohio. Among the company's customers are Nobel Prize-winning researches who have used the company's products in support of their scientific work. Since 1962, 14 of his company's products have received industry awards from Research and Development Magazine as one of the 100 Most Significant Technical Products of the Year. Mr. Keithley is a Fellow of the Institute of Electrical and Electronics Engineers and a Fellow of the American Association for the Advancement of Science. In 1992, he was elected to the National Academy of Engineering for his "pioneering contributions to electronic test and measurement." He is also a member of the Visiting Committee of the Department of Electrical Engineering and Computer Science at MIT. Mr. Keithley has been active in the American Management Association and has also served as a member of the Visiting Committee of the Weatherhead School of Management at Case Western Reserve University. 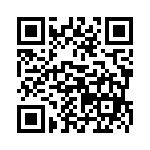