ALEXA ALFER is affiliated with Queen Mary and Westfield College, University of London. She has written on A. S. Byatt, Walter Benjamin, Jacques Derrida, Sylvia Townsend Warner, and Virginia Woolf, and has taught extensively on 20th-century British fiction. She recently edited A. S. Byatt in Focus for the German journal Anglistik and is the coauthor of the first comprehensive primary and secondary A. S. Byatt bibliography.

MICHAEL J. NOBLE is a Fellow of the University of Louisiana at Lafayette. He has taught widely on British fiction and drama. His research on A. S. Byatt, George Elliot, Samuel Beckett, etc. has appeared in such journals as the CEA Critic, Encyclia, and the Explicator. Most recently, he has been working with electronic media, designing online educational applications and development tools. 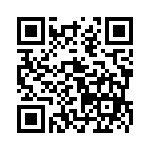