In the deep midwinter by Robert Clark Mystery audio book about bonds between people. 1949, st. paul. MIN loses his brother in a hunting accident Richard finds some secrets come out from the women of ... Прочитајте целу рецензију

Just finished In the Deep Midwinter by Robert Clark this morning. It...wasn't bad. And a pretty quick read, even with the most stereotypical title that simply had no relationship to the text that I ... Прочитајте целу рецензију

Robert Clark is the author of a biography of James Beard, The Solace of Food, and a cultural history of the Columbia River, River of the West (Picador). He lives in Seattle, Washington. 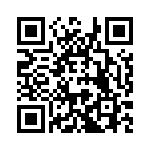