It was a pleasure to read this book. The author’s humility in naming it A Life of Jesus and not The Life of Jesus is refreshing. Many authors have tried to capture the life of Jesus. Each of these ... Прочитајте целу рецензију

Last year Shusaku Endo’s Silence topped my list of fiction favorites for the year so I was very interested in reading Endo’s non-fiction, A Life of Jesus. A Life of Jesus is Endo’s attempt to make the ... Прочитајте целу рецензију

Shusaku Endo was born in Tokyo in 1923 and, with his family, converted to Catholicism while he was still a child. Much of his writing centers on the conflict this conversion engendered as he struggled to develop faith in a deity foreign to Japanese culture. His writings also reflect on his experiences during World War II during the bombings and the subsequent shortage of basic human necessities for the Japanese people. He explores the suffering endured and the inevitable shock wave upon human relationships and the human psyche. Endo graduated from Keio University and then journeyed to France after the war to continue his studies, but was forced to return to Japan because of illness. After a period of convalescence Endo decided on a writing career, publishing his first novel, Shiroihito, in 1955. His novel The Samurai, published in the United States in 1996, is considered one of his finest works. His novel Silence, was made into a major motion picture and premiered in November 2016. Endo's reputation is due in part to his exploration of moral dilemma as it relates to divergent cultures. Endo has won many literary awards. In 1982 he was elected to the Japan Arts Academy. Shusaku Endo died in 1996. 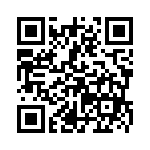