David Jordan is Senior Lecturer at the Joint Services Command and Staff College, Shrivenham, where he teaches Intermediate and Advanced Staff courses. He joined the Defence Studies Department of Kings College London in June 2000 from the University of Birmingham. He is Chairman of the Board of Examiners for the MA in Defence Studies. He is the author of several books, including The Timeline of World War II, Wolfpack and the History of the French Foreign Legion. 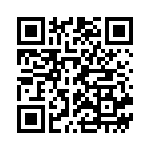