John Updike was born in 1932, in Shillington, Pennsylvania. He graduated from Harvard College in 1954, and spent a year in Oxford, England, at the Ruskin School of Drawing and Fine Art. From 1955 to 1957 he was a member of the staff of The New Yorker, and since 1957 has lived in Massachusetts. He is the father of four children and the author of fifty books, including collections of short stories, poems, essays, and criticism. His novels have won the Pulitzer Prize (twice), the National Book Award, the National Book Critics Circle Award, the Rosenthal Award, and the Howells Medal. A previous collection of essays, Hugging the Shore, received the 1983 National Book Critics Circle Award for criticism. 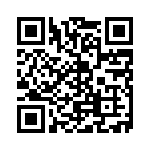